And while a visit from Captain Obvious is well-deserved for making that statement, truth be told, Brad and I had no idea the depth of the valley we were descending into when we began working on Harvest: The Unseen back in 2015.

Now, here we are in 2019, still toiling away. But at what? Harvest was the only game we publicly scrapped. Fun fact: there were two more (and while I love those games dearly, they shall remain undisclosed). One might have given up by the fourth go-around; that’s not us. So it is with great honor and even-greater dread that I announce Interference, a game that exists and will be finished, so help me.

Interference is a short interactive experience in which you play as a security guard monitoring the mysterious happenings of a top-secret laboratory from the safety of your isolated desert outpost. Just as the sun starts to set on another quiet night on the job, the facility is attacked by a fanatical cult hell-bent on releasing the lab’s most secretive and dangerous asset.

Through careful monitoring of multiple radio channels and effective use of the resources around your guard booth, it is up to you to guide your friend safely out of the facility and to thwart the escape of the infiltrators. But be careful – there are strange forces at play in the desert tonight, and not everything you see or hear is necessarily as it seems. 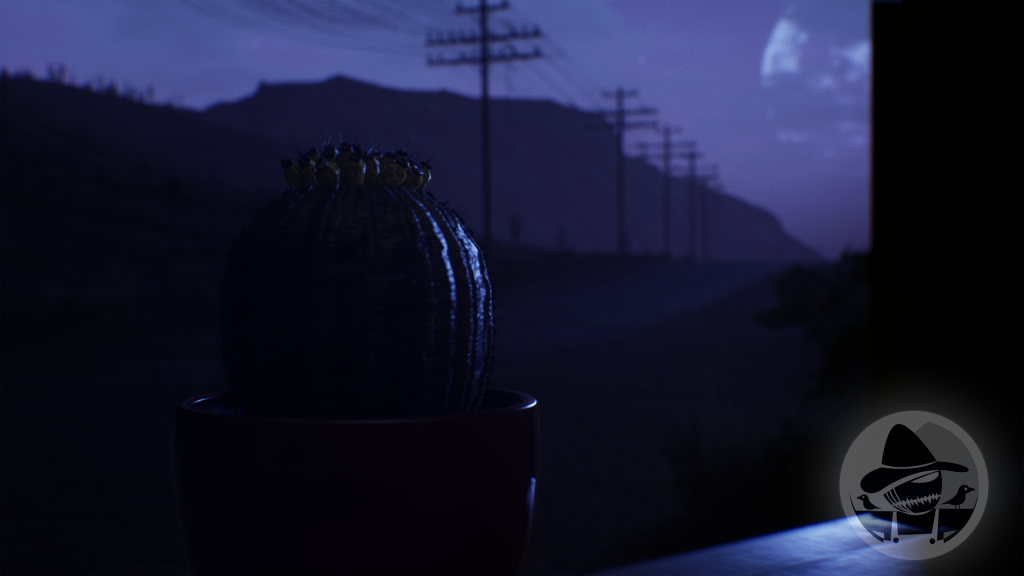 Interference is being developed for PC and Mac using the Unreal Engine 4. No release date or pricing has been set.