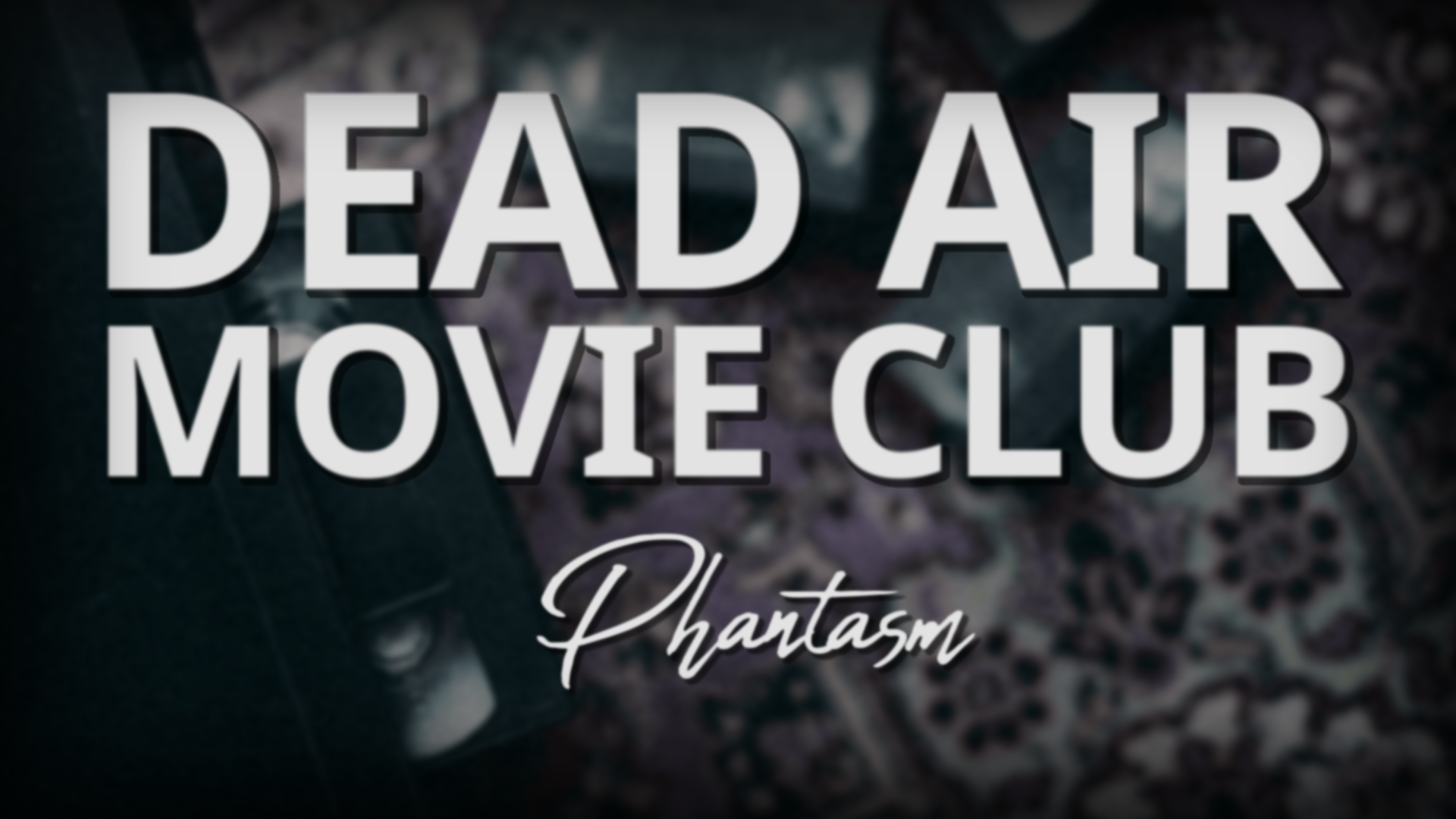 This science fiction horror film is about a teenage boy Mike and his older brother Jody combatting the supernatural Tall Man to put an end to his plot to turn the dead into loyal servants. It’s a wild movie, and this week we’re lucky enough to be joined by our lead writer for Interference: Dead Air, Edward Spelman. Spoilers ahead!

Jared: Oh, boy! Where do I even begin with Phantasm? Whereas the last film we watched, Invasion of the Body Snatchers, was a more sophisticated commentary on larger, more grounded ideas, Phantasm is much rougher around the edges. From whatever unearthly dimension this film fell out of, its brisk 89 minutes is brazen and unapologetic. This film is the kind that’s greater than the sum of its parts, which at times can be clunky, stiff, and hokey beyond belief. But the whole experience works as a nightmare manifestation of a young boy’s grief after unfathomable loss. I loved it. At one point, it just blatantly rips off Dune; admittedly, this “homage” put me off at first, but when viewing the film through the main character Mike’s perspective, the imagination of a teenage boy with a love for science fiction is bound to recirculate and regurgitate ideas it finds helpful to reconstitute a narrative around and provide an explanation for the devastating deaths of his parents and brother. I know this film spawned a whole slew of less-than-well-received sequels, but I’m greatly interested in seeing where Don Coscarelli takes this bonkers story next.

Brad: I went into Phantasm knowing very little about it beyond the surface level premise, and I think that is definitely the way to do it for the first time. The movie is so delightfully weird and rarely was my expectation for how things would unfold in line with the actual film. The scenes in the mausoleum with the Tall Man had such an unsettling, almost Lynchian quality that drew me in and kept me on my toes, but the central dynamic between Mike, Jody, and Reggie was really the heart of the movie, and allowed the themes of family bonds and processing loss to come across without feeling overly cheesy. The way Reggie’s character was introduced (ice cream man with a pony-tail in a horror movie? Come on!) I kept expecting him to be a crass, one-dimensional comic-relief character who dies in grisly fashion. But that expectation was subverted throughout, all the way up to the final scene where it’s revealed that he stepped into the role of Mike’s big brother after Jody’s death in the “real world” outside the dream. I definitely enjoyed this movie a ton, and will be looking to revisit it (and the incredible soundtrack) again.

Edward: Narratively, Phantasm doesn’t have much going on: there’s an evil old man with supernatural abilities, a bloodthirsty mausoleum, a silver ball, and a mystery whose parameters could be almost entirely detailed in about thirty seconds. Nobody in the film even attempts to vocalize a theory of what’s going on until the very end. We return again and again to the same few settings, where events play out in a pattern that might become repetitive were the execution not so unique. But however clunky this all may sound (and be), there is a vision here. The repetitions, omissions, and lengthy plateaus function in service of an experience that is emotionally real to the main character, a thirteen-year-old boy named Mike. Mike’s fundamental need is captured in a single, unforgettable image by his mad dash down a neighborhood block in pursuit of his older brother. His is a longing that can be understood by anyone who has ever been taken care of, and a longing that the film treats with respect. Phantasm may not be a paragon of cinematic cleanliness; but its emotional core and its treatment of the horror genre in service of that core have always made it, for me, a classic.

We’re always happy to have more members join the Dead Air Movie Club, so if you want to watch Phantasm and contribute to the discussion, we’d love to hear your thoughts in the comments! We’re also now on Letterboxd! Until next time…

Have you wishlisted Interference: Dead Air yet? No? Well, what are you doing just sitting there reading this? Go wishlist the game on Steam!