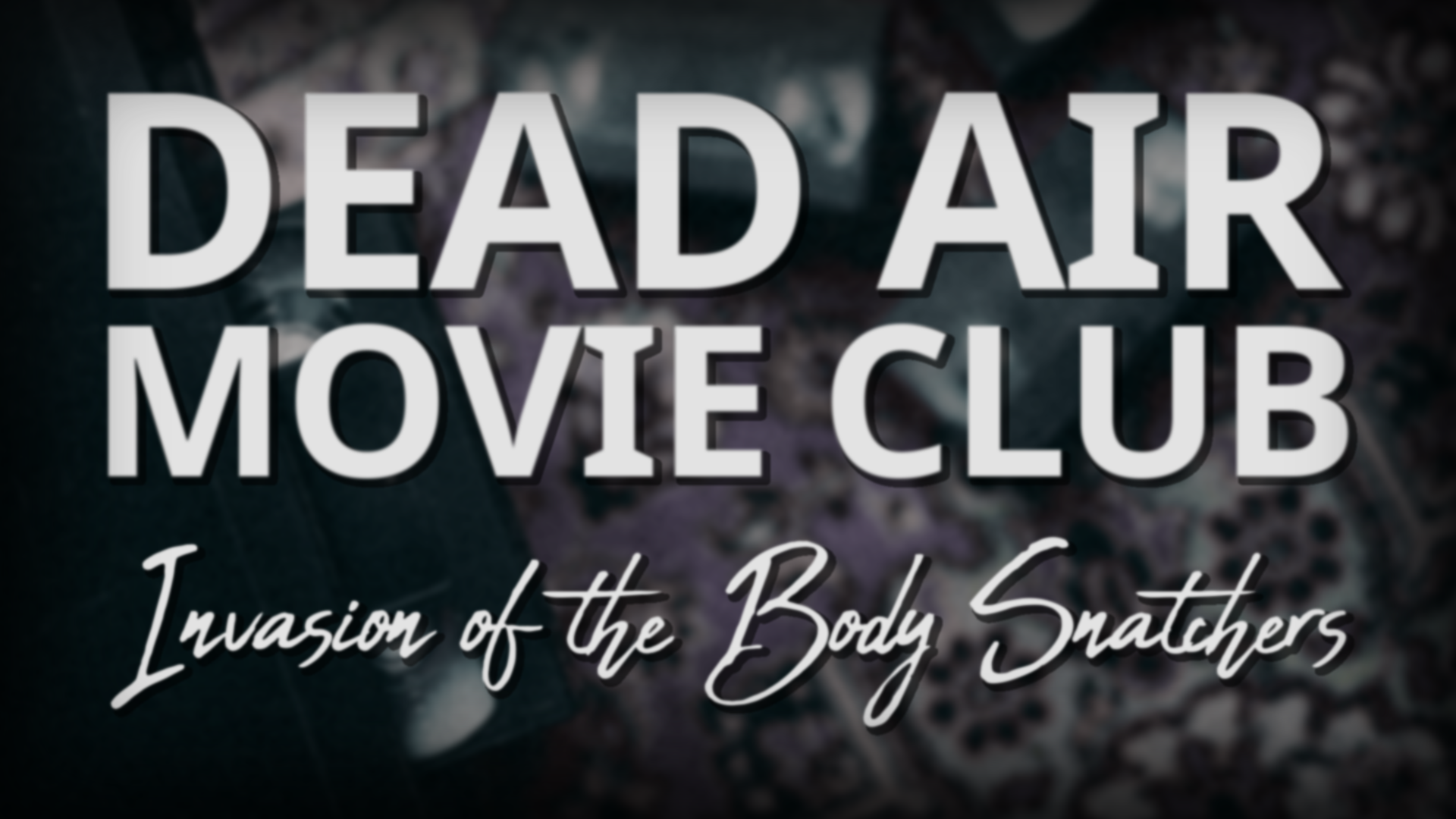 Interference: Dead Air is chock-full of film and television references. Can you tell Brad and I are film majors? We just can’t help it.

How a love for cinema and pop-culture shapes the relationship between the characters in our game we’ll leave for you, the player, to discover when the game launches sometime later this year (stay tuned for news on that front, by the way). Until then, we’d thought it’d be fun to start what we’re calling the “Dead Air Movie Club” as a way to explore the media of the era. What we watch won’t necessarily be referenced directly in the game; sometimes vibes are enough, ya know?

Some quick logistical notes: we won’t be summarizing the plots of the films we watch in our reviews, nor will this be a super-regular blog series; we do have a game to finish!

Jared: For a movie from the 70s, Invasion of the Body Snatchers is eerily prescient, and perhaps that’s why this movie has persisted as a cult classic. Steeped in themes of paranoia and distrust, the film can be read in myriad ways, not the least of which working as political and cultural commentary on the end of the decade’s counter-culture. The practical effects are perfectly grotesque and serve as a visual metaphor for the decay and rot eroding the public trust of authority and the abject disgust our protagonists have for conformity and an emotionally bankrupt world. Plus, I’m a sucker for practical effects, the allure being that the execution will look the same decade after decade, whereas CGI, even now at its best, so quickly falls victim to time (and armchair critics lambasting cutting-edge CGI as “looking bad” from the get-go). The cast is great, and the direction is sharp. Admittedly, I haven’t watched a ton of films from the 70s, but I’m inspired to dive into the catalog more.

Brad: It really speaks volumes that a movie from 1978 that was well regarded as a masterful political allegory still functions so well as a political allegory in 2022. I won’t get into the specifics of how exactly the allegory extends to the current political landscape (that will vary wildly from person to person), but I will say that watching this movie definitely felt timely in the context of an ongoing global public health crisis. As much as the idea of “pod people” had become ubiquitous in the popular zeitgeist, the story never felt tired or predictable as is sometimes the case with massively influential works that were groundbreaking for the time but lose their appeal in retrospect thanks to decades of lesser copycats. I credit that to its near-perfect narrative pace, which peppered in just the right amount of dread and gross-out body horror to keep me fully engrossed from start to finish. This is a movie that certainly stands up on its own merits regardless of era, and left me inspired to check out the 1956 original to assess how it holds up as a remake.

If you want to join in on the discussion, the more the merrier! Give Invasion of the Body Snatchers a watch, and leave a comment letting us know what you thought. And don’t forget to wishlist Interference: Dead Air on Steam!